This will be one of my last blog entries as my days of jetting around the galaxy smuggling Jar Jar action figures to France finally caught up with me today as I was captured, accused of crimes against the Empire, and frozen in carbonite.

Against all odds, the carbon freezing facility is located at Disney’s Hollywood Studios.

My wife has thoughtfully recorded some pictures of the freezing process, as well as a video of the final results to share with you all. At some point, when they drop the slab…errr…me off, she’ll be able to post a photo of that, too. Hopefully I’ll get unfrozen in 200 years or so for good behavior, although when I don’t have much to do, my mind does tend to wander to thoughts of Twi’lek dancing girls and Slave Leias.

See the photos on Google+ 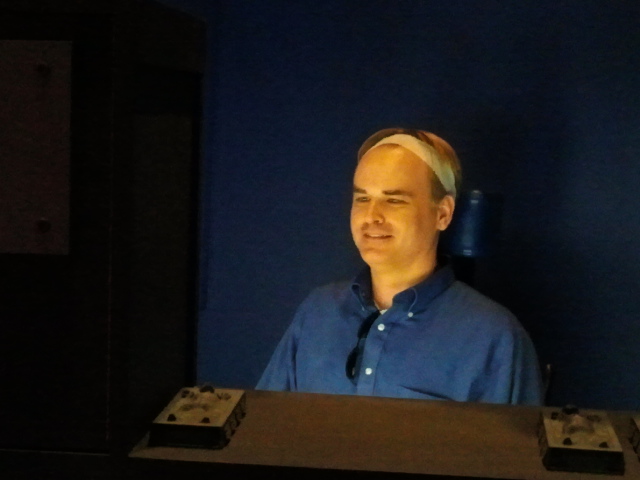 Video of the final results of my carbon freeze.

You can see pics of the final result in the Google+ album. It’s actually a very nice resemblance. The slab itself was pretty dusty, though. Going to have to give it a nice soft brush off.